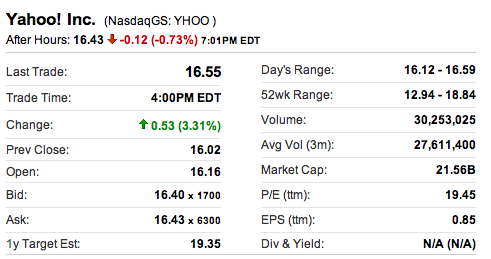 For the record, I'm not a stock guy. There are probably some nuances to the P/E ratio that don't tell the full story, etc. Also, I really like LinkedIn as a service. It's invaluable to me as a networking, recruiting, prospecting tool. But to give you some perspective, I've spent tens of thousands of dollars a month advertising on both Yahoo! and Google, each. Again, that's PER MONTH. Since LinkedIn has been in existence, I think I've spent a total of less than $500. Again, I may be atypical and maybe I'm an old fart and not with it like the cool kids who grew up on social media but it's hard for me to understand that valuation. I sincerely hope they grow into it and continue being successful.
Older Newer