The Tesla S at the Autodesk Gallery @Tesla

Was visiting a buddy of mine at Autodesk and checked out the Tesla S they have in their gallery. Looks pretty sweet ... now just have to convince the wife to part with $5K for the deposit... 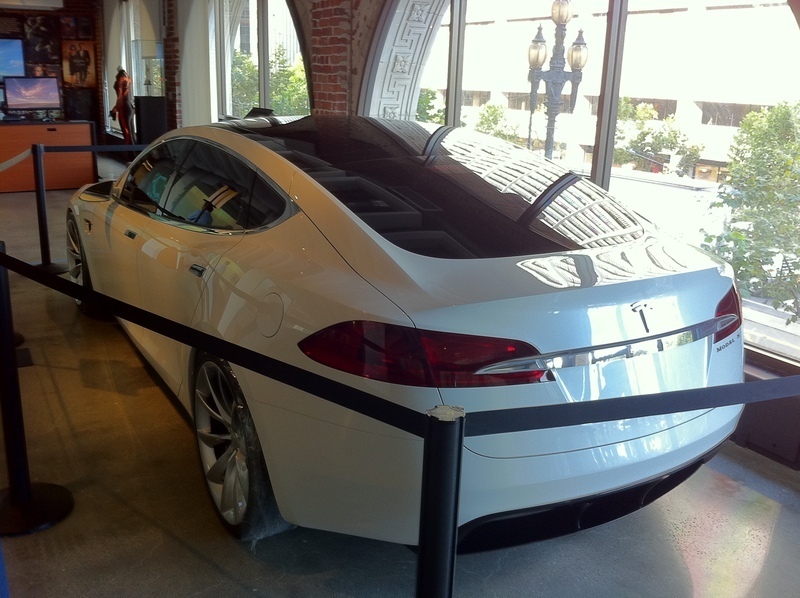 AllThingsD is reporting that Carol Bartz (previously CEO of Autodesk) has accepted the Yahoo CEO position. Good move for her as there are only a handful of companies with iconic status in Silicon Valley (if not the country). It's interesting how CEOs tend to reflect the state of where a company is and will most likely go. When Koogle was CEO, he was basically brought in as the adult to mind the store the kids built. His tenure was marked by impressive growth but not really sure if he was the driving force behind that or more just the conductor of the train already on track to do what it was going to do. Next was Semel who was brought in because Yahoo no longer wanted to be a tech company but a mass media player with its hands in Hollywood, Madison Ave, etc. Yang's short tenure saw Yahoo try to get back to its tech roots, albeit with little or no success. What will the Bartz era bring? Probably sound management with a focus on maximizing profits and shareholder value. Whether that means trimming more fat or selling off a business unit for a pretty penny (perhaps Search to one S. Ballmer?), I'm not really sure. One thing that's certain is that Bartz is a very capable business manager, often compared to Mark Hurd over at HP. I hear he's done an ok job.

Of bigger concern to me is the fact that in a way, Yahoo was able to get an insider without getting an insider. In my opinion, the whole point of a new CEO was to inject new life into the company - get an outside perspective because the inside one was not working. Bartz has had a prior relationship with both Yang and Decker (sits on Cisco board with Yang, Intel board with Decker) and are good friends. Let's hope that their prior relationship doesn't prevent Bartz from doing what needs to be done.