Along with today's Mac OS X Lion release, Apple refreshed the MacBook Air and Mac Mini with new chipsets and beefier configs while keeping prices the same or lowering them in some cases. While no major structural changes were made to the MacBook Air (Thunderbolt added and backlit keyboard brought back!) the Mac Mini lost its internal Superdrive completely. Last year's server version removed the optical drive and now the desktop version is DVD free, as well. Yet another sign of Apple's march towards zero internal optical drives for all its machines.

The move is hardly a surprise. Forget about Apple's desire to be cutting edge. CDs and DVDs as a technology are just outdated. People don't carry around CDs for listening to music any more. Virtually all movies released to date are on Blu-ray or are being streamed via Netflix, iTunes, Amazon, etc. CDs and DVDs to deliver software is dying a slow death (hastened by App Stores of all types) and optical discs never really caught on for on the go data storage. USB thumb drives are more practical and the combination of continuously falling prices and ever increasing sizes make it a no brainer. Would I want to carry around 4-8 DVDs or one 32GB USB flash drive (currently priced at about $40 and falling). Also, Apple just killed another reason for you to use an optical drive by letting all new Macs reinstall the operating system over the internet (very cool).

I'm not against optical drives in general. I do see the need for them when watching Blu-ray movies (though not available on a Mac) or when needing to store huge files cheaply (about $1 per 25GB blank disc or $7 for 50GB blank disc). I just don't need to use them ALL THE TIME. That's why a laptop (or Mac Mini) coupled with an external USB Blu-ray drive is a great solution. You shouldn't have to devote 25%-35% of your machine's internal real estate to a peripheral you only use 1% of the time, if that much.

Just did an upgrade to my current home theater setup by replacing my old Mac Mini with the new version. First impressions... Very impressive. Aside from the slimmer design (and included HDMI port), the playback performance was noticeably better. Mind you my old Mac Mini (2ghz - 4GB RAM) performed like a champ but had stuttering every now and then. Not so with the new model even with 2GB less RAM. Another thing I notice when ripping movies with MakeMKV was that I would often get the alert that my hard drive was not writing as fast as MakeMKV was ripping. Not so with the new model so I'll assume Apple sprung for 7200rpm drives instead of 5400rpm ones (can't confirm this though).

All in all, if you're planning to get a home theater PC, the new Mac Mini is the best offering I've seen on the market. To save a few bucks, get it from Amazon where it's $30 cheaper and no tax plus free shipping

So the next step of my Mac Mini home theatre project had to do with ripping my Blu-ray library to computer files to play back on the Mac Mini. Since Plex, my media center software of choice, handles .mkv files very well and the playback quality is excellent, I chose to rip into that format. Since the Mac does not officially support Blu-ray (you can't watch Blu-ray discs and no official drives are supported), it was not going to be an easy off the shelf solution. The first problem was getting a drive. I heard some good things about the Panasonic UJ-120, a notebook drive that was fitted with a USB external enclosure. Below are pics of the drive and how it sizes up next to my Drobo and Mac Mini. 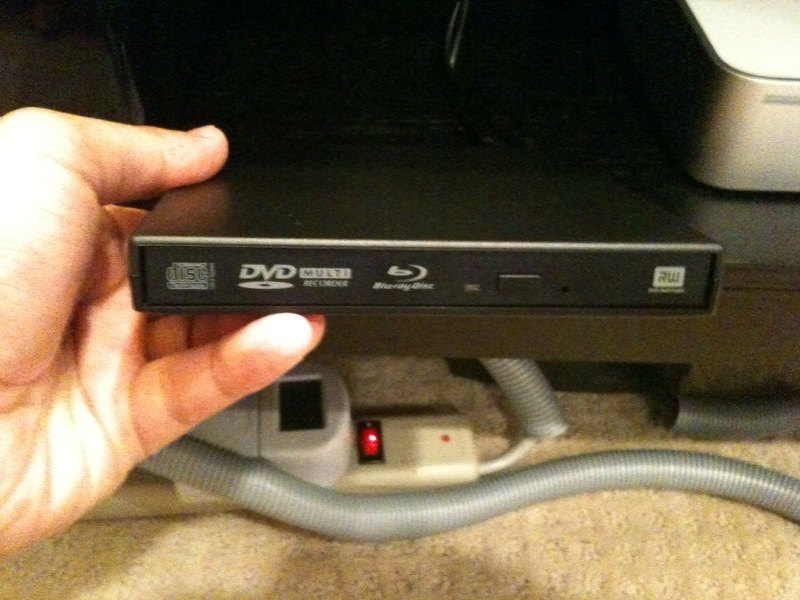 Next, I had to figure out the software side of the equation. Luckily, an early beta software exists to extract Blu-ray streams and encode them into a .mkv file. It's still not perfect but the only one-step solution for the Mac, I could find. So here are some screen shots of my process. First, I chose two movies, one foreign and one in English, to figure out the subtitling. 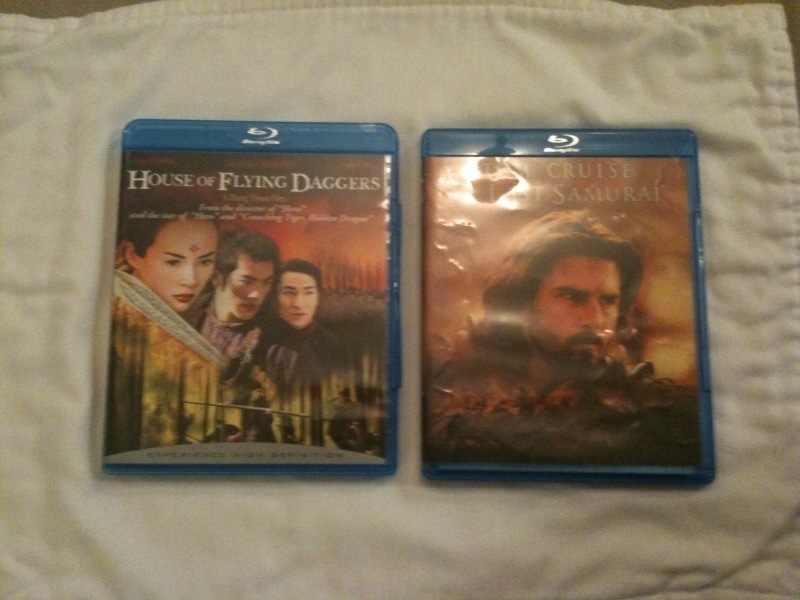 Below is a screenshot of the DVD on my desktop, the disc contents, and the file structure showing the .m2ts Blu-ray files. 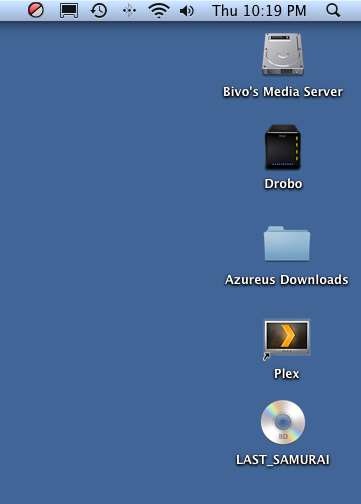 Next, I fire up MakeMKV which is pretty sparse. Only one big button at the bottom to examine the contents of the Blu-ray disc. After scanning the disc, all the available video streams are presented. I chose the biggest file, which I assumed was the actual movie itself. Then I click the "Make MKV" button and the process begins. Average read speed is about 1.6x so a 2 hour movie should be done in about 90 minutes or so. 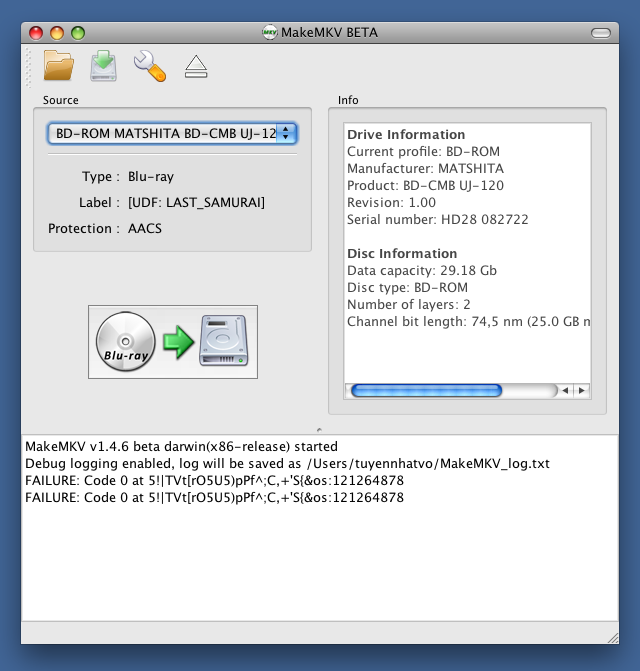 So a few hours later, voila! Both movies have been encoded and playback in Plex is perfect. As far as quality goes, I can't tell a real difference from the other movies I downloaded (for testing purposes only!). However, I haven't watched both movies in full yet to see if there was any pixelation or sound pops. What I did notice was the downloaded videos came in about 8gb-12gb whereas these movies are pretty hefty at 22gb+. Not sure if that means my direct rips are better quality but so far so good. MakeMKV is not without flaws though. There's a list of movies that it cannot rip properly. Plus subtitling is a problem. House of Flying Daggers, which is in Mandarin, has no accompanying subtitles. I'll have to figure something out for that. Otherwise, I'm pretty happy. Now, I've got a bunch of discs to back up...

I've been tweaking the home theatre settings the past week or so (see hardware specs in my previous post on this topic). Through a bit of trial and error I think I've perfected my configuration. Here's my journey to that ultimate destination...

Quicktime is an excellent overall media player. That coupled with Front Row was my initial choice for navigating the media center. However, out of the box, it doesn't handle all types of video files well, especially 1080P. I had to download Perian (awesome product) to get the right components for Quicktime to play the video smoothly. Even still, Front Row seemed to stutter and choke on large video files. I could play the files in Quicktime from the desktop but the experience just wasn't ideal. I didn't want to have to initiate video playback from my desktop as it wasn't a clean media center experience.

Upon a little more research, I found a great alternative - Plex. A free and open system based on the XBMC code base, Plex has a nice user interface and was able to play all the video files I threw at it flawlessly. No stuttering, dropped frames, or hiccups. Another bonus was that Plex reads the video files in your library and then pulls content like movie posters, background images, and cast info from sources like IMDB to enhance the media center experience. Below are some sample screens of some popular movies in my library. The third picture in the below gallery is a DVD rip of Triumph of the Nerds (one of the best tech documentaries ever). It even handles DVD menus (Picture 4) though the navigation of said menus is a little clunky with the Apple remote. 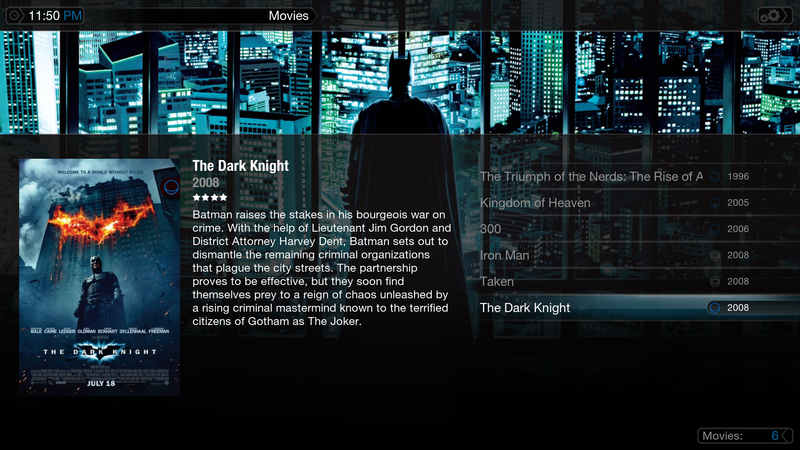 Below is a quick video of me navigating through the Plex menu and playing back a 1080P video file. Pardon the poor lighting of the video, which does not do justice to how beautifully Plex plays HD video. Wife gets credit for her camera work on this video.

For my next task, ripping Blu-ray discs so I can avoid having a disc player completely. Stay tuned...