Whoa! The things you see in Oakland Chinatown

I'm getting lunch in Chinatown today and saw this on the street outside a grocery store. This ain't the snow crab tank you see at Costco! Couldn't tell if they were live or not. Still, I'll file this in the "You See Something New Everyday" category. 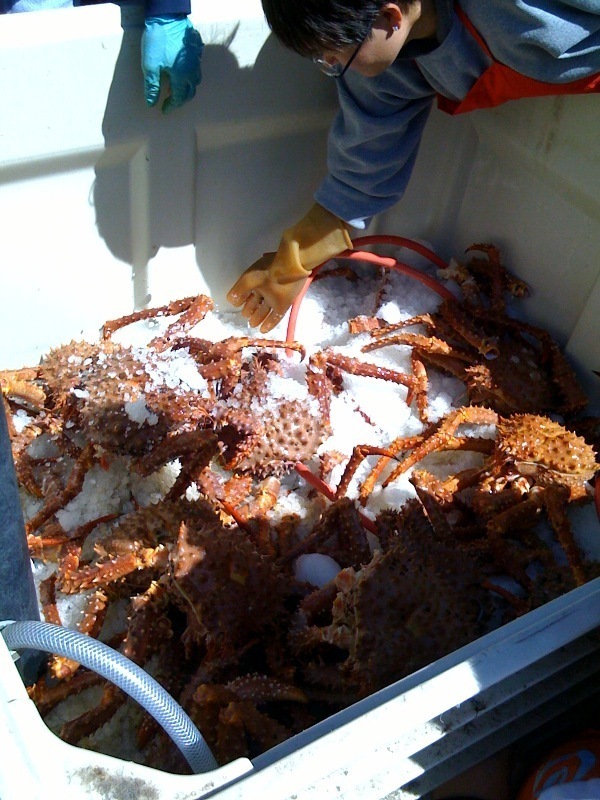 A quick walking tour of Oakland

Today was an amazing day in Oakland. The sun was out and the air was crisp but not cold. I had lunch in Chinatown and then headed up to 12th Street for a coffee. On the way back, I took some snapshots. Folks outside of Oakland often have a negative opinion of the city so I want to show the Oakland I see everyday. Below is the walking route I took: 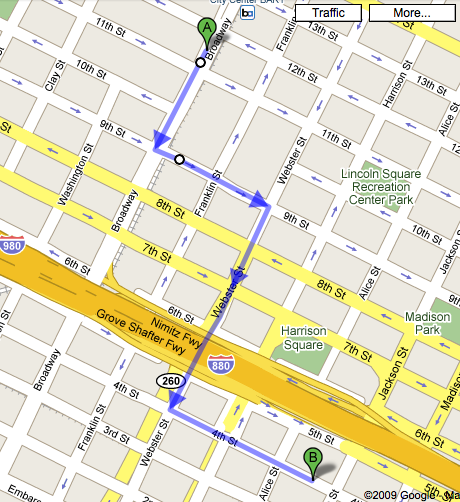 I basically walked by Old Oakland, headed through Chinatown, then went under the 880 freeway to the Warehouse District where the office is. These first set of shots were taken at 11th and Broadway: 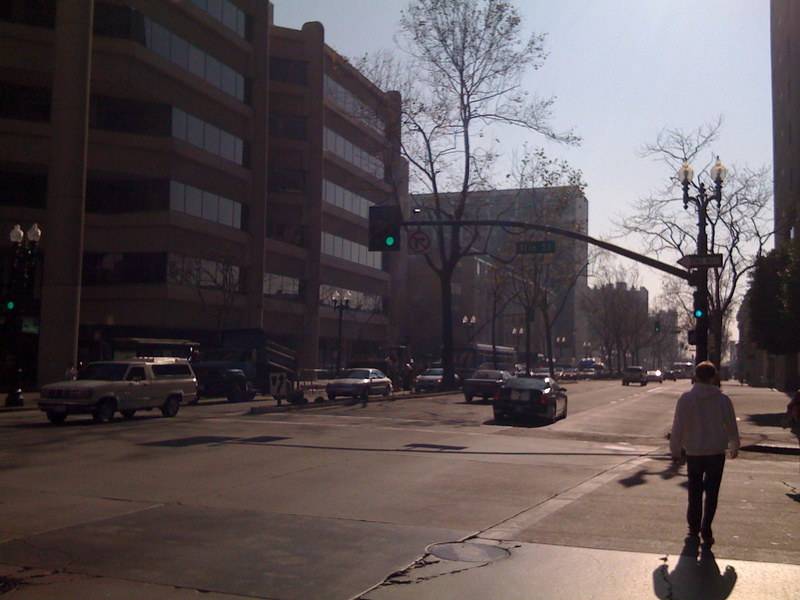 Further down Broadway, I passed by the border of Old Oakland and Chinatown (Broadway and 9th). This particular street, 9th between Broadway and Washington, is known as Victorian Row. As you can see from the first few shots, the architecture of these buildings is elegantly classic. Aside from some restorative renovations, the Victorian building exteriors have been kept largely intact, reflecting the style of the late 1800's when they were built. We looked at some office space here but this area is in pretty high demand and landlords are able to charge a premium plus ask for longer term leases - two things we try to avoid. The last shot is me looking back up Broadway. The angled brown building on the left is the Marriot and Oakland Convention Center and the green tip with flag on the right is the top of the Oakland Tribune tower. 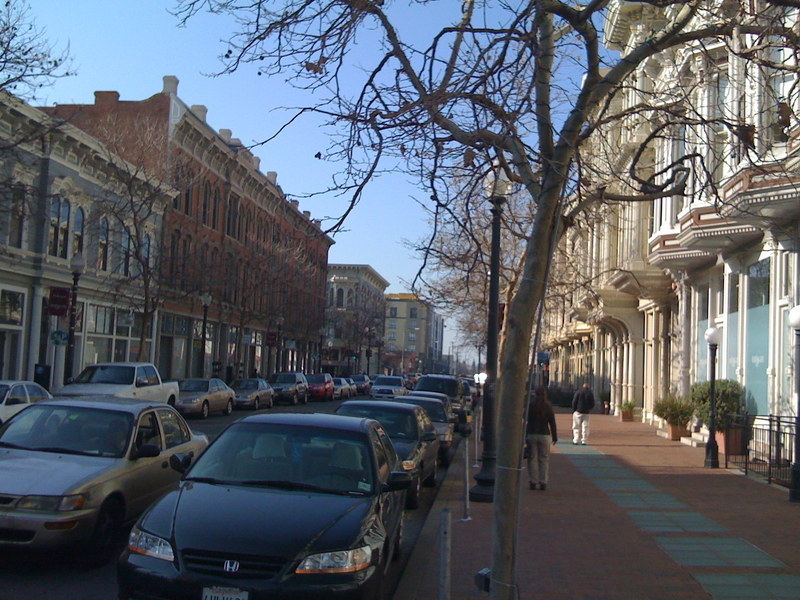 I'm now heading down 9th towards Franklin and entering Chinatown. The markets here are always busy. We've been shopping at Khanh Phong on 9th since I was a kid. The fruits in the yellow nets are purple mangosteens, quite possibly the best tasting fruit you will ever eat in your life. Grossly overpriced here in the United States but cheaper in Vancouver and dirt cheap in Vietnam. I don't exaggerate when I say I can eat KILOS of it at a time. The last two shots are of the intersection of 9th and Franklin. Notice the diagonal cross walks, a fairly recent addition (within last 2 years?). The brown building on the right with the gray levels above it is the Pacific Renaissance Plaza which has restaurants, shops, and condos on top. The blue glass building behind it is EBMUD headquarters. Last picture is of Franklin Street facing towards the freeway. 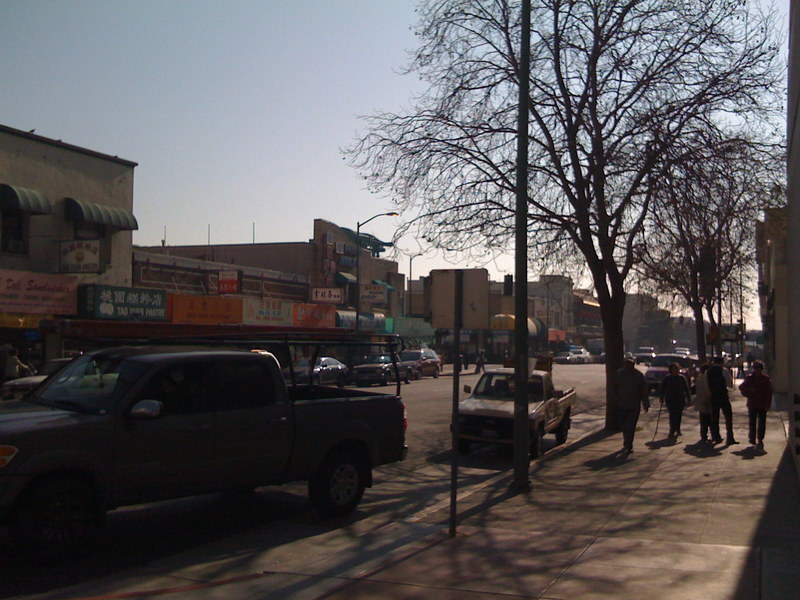 Next I walk down Franklin towards the freeway. The first shot is the intersection of 8th and Franklin. In the second shot, I'm on Franklin between 8th and 7th facing the Legendary Palace Restaurant (good dim sum) and next to it is the place I eat at the most, Vien Huong. I've been eating here a couple times a week for at least the last 25+ years. I make it a point to take every person I've dated here and if they don't like it, we usually break up shortly thereafter. They have decent stir fry and rice plates but their specialty is noodle soup dishes (best I've ever had outside of Mom's). It's a family operation and usually packed. Be prepared to share a table during the rush and service is fast and no nonsense. Cash only and they're only open from 7am to 6pm. The last two shots are taken at 7th and Franklin and depict the monstrosity that is the 8 Orchids condos. This building recently went up during the condo boom a year or two ago but has been having a hard time selling out. They hold auctions every now and then to sell blocks of units but there are still plenty of them available. If you have cash and don't mind fairly spartan accommodations, you can get a pretty darn good deal. I recently saw a decent 1BA/1BR 1,000+ sq. ft. unit which has a nice patio that leads out to one of the indoor garden areas for about $190K listed (which means you could get it for about $170K). It was probably listed for $399K when the building first opened. Ironically, the building, which looks like a jail, is across the street from Oakland Police Headquarters. 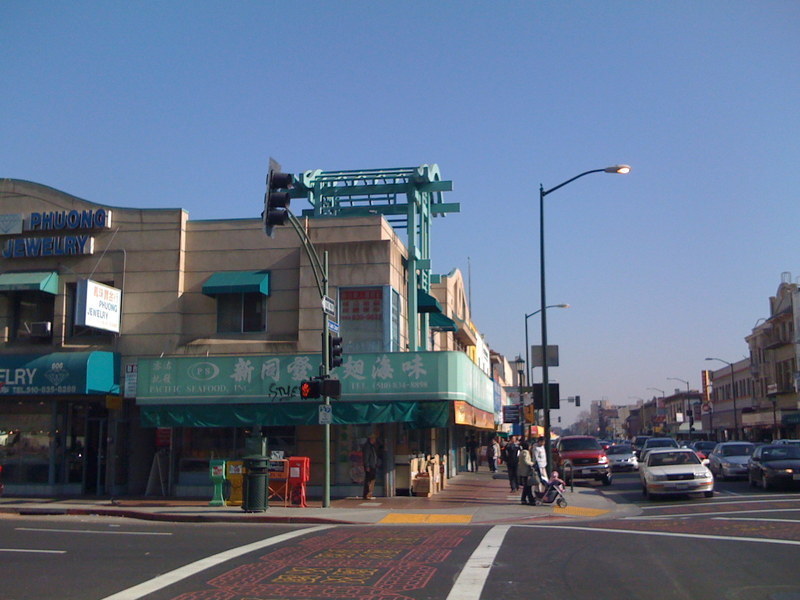 I'm now at 7th and Webster. Same old Chinatown in the first shot and the second shot is facing the entrance to the Webster Tube which leads to Alameda. You can see the 880 freeway in the second shot. 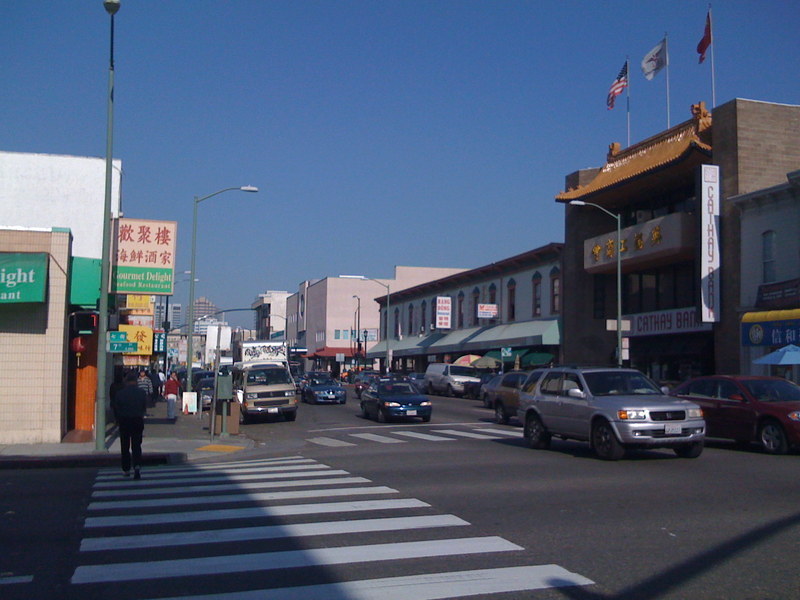 I cross under the freeway and am now in the Historic Warehouse District on 4th and Webster. The area has undergone a huge renovation with new loft style condos sprouting up left and right. The second shot is of the massive structure above the exit of the Posey Tube from Alameda (Webster Tube goes to Alameda from Oakland, Posey Tube is vice versa). Not sure the purpose of this building or whether people still work in it. In the last shot you can see the 880 freeway from this side. Notice the garbage can in the foreground with little historical blurbs. Part of the "re-marketing" of Oakland, I suppose. 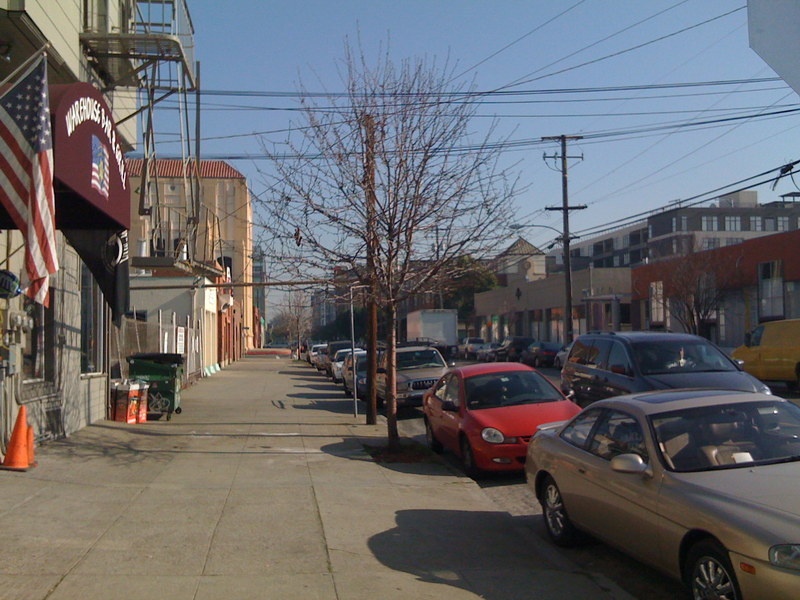 I'm walking down 4th Street towards the office and stop at Harrison Street to snap this shot. The brick building in the middle left background is the American Bag Company building where we used to have office space. It's a wonderful old warehouse building that has an amazing 3rd floor penthouse. When we have a little more cash reserves, we'll most likely move into that space or the new Jack London Market. 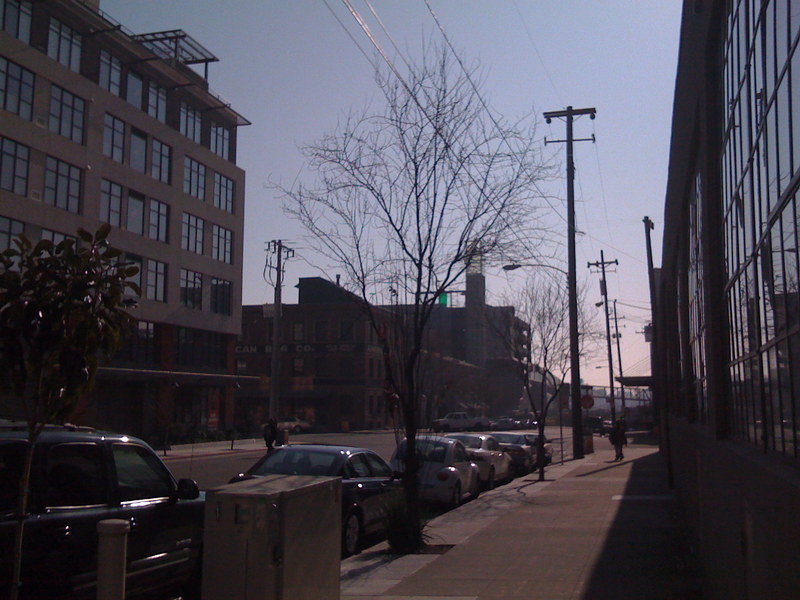 Getting close to the office now. The first two shots are taken at the intersection of Alice and 4th. The big ice cube tray building (428 Alice) is one of the first loft style condo buildings built in the area. A little too sterile for my tastes. The third shot is of the building directly across from 428 Alice which is mixed use commercial and condos. A little more color and character to this building. The restaurant space on the ground floor seems to be cursed. Since we've been in the area (about 2 years) we've seen the place turnover at least 2 or 3 times. It's currently vacant with the last restaurant, Mono, shutting down recently. The last shot is of our small brick building next to 428 Alice. 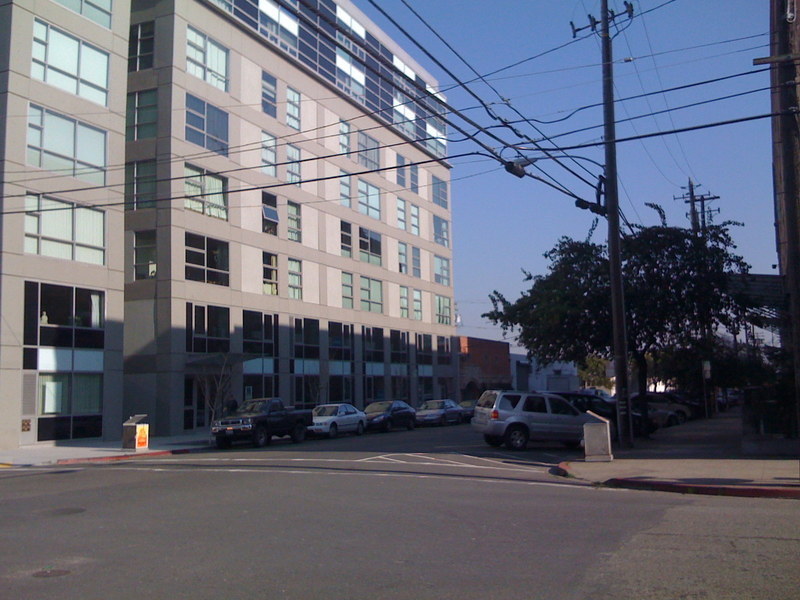 That's it! I'll do another tour of my walk home next time.