Ranked-choice voting, he said, "is an injustice, and Oakland will pay the price.

Jean Quan will be Oakland's next mayor. As I've said before, it's a lesser of two evils situation as Rebecca Kaplan had my vote. But the above quote from a Perata campaigner cries of sour grapes and underscores why Perata was a terrible choice as mayor. He had no problem using gutless tactics and bending the rules when it came to campaign financing. The fact that he lost is almost as sweet as a Kaplan victory. Though I don't think much of Quan, I felt she at least ran a cleaner campaign and didn't shy away from tough questions. But again, proof will be in the pudding and Quan needs to step up to fix the problems of Oakland.

Stunning upset - Jean Quan is in line to be Oakland's next mayor.

Ok, I was wrong yet again. It what may be considered a pretty stunning upset, Jean Quan has taken the lead from Don Perata to be Oakland's next mayor. The ranked-choice voting system seems to have allocated a fair number of votes from my choice, Rebecca Kaplan, to Quan instead of Perata. I myself don't know the methodology behind how these votes are counted but it looks like there was some sort of round robin allocation spanning 10 rounds (confused yet?). Here are the results from the County of Alameda's website.

The tabulations have not yet been finalized so we'll have to wait another day or so before the registrar makes the official announcement. Still, it's a small victory given that I didn't think much of Quan (the lesser of two evils) but feel she would be more willing to work with people like Kaplan versus Perata who would cater to his cronies and be just an overall ineffective executor of the duties of mayor. He's good at playing the political game but Oakland has real problems that need to be addressed and not just someone looking for another item on their resume. 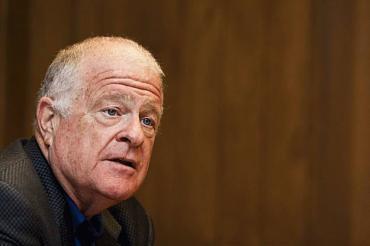 It seems inevitable that Don Perata is going to be Oakland's next mayor. My vote was for Rebecca Kaplan and her fresh thinking/ideas but she's currently in 3rd place - about 14 points behind.

I don't have much faith in Perata's ability to lead this city out of its problems. Let's hope I'm wrong. 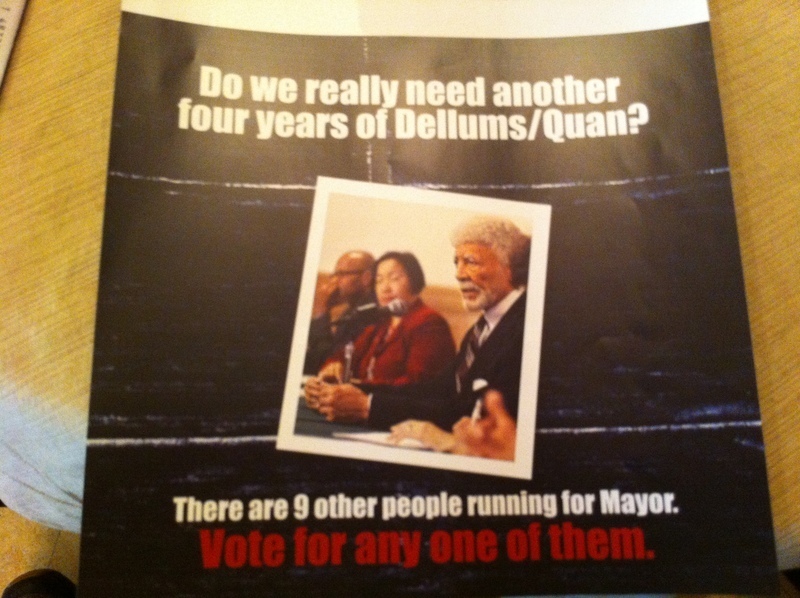 I just received this political mail piece today. What a totally gutless and chickenshit tactic. The ad doesn't endorse anyone, instead just anonymously tells you to vote for anyone BUT Jean Quan because of her ties to Dellums. At least have the decency to step up and take credit for it.

It's pretty clear this came from Don Perata's camp. The polls currently have him in first, Quan in second and Rebecca Kaplan in third. The only person who benefits from this ad is Perata since none of the other 7 mayoral candidates are in striking distance. Kaplan doesn't have the resources to do a direct mail piece like this nor would she target Jean Quan (she'd be better off going after Perata). Plus I have yet to see one negative ad come from her camp. She'd rather focus on the issues and come up with potential solutions to Oakland's problems - go figure. For the record, I'm not voting for Quan and I think Dellums was an ineffective mayor. My vote is for Kaplan because I think Don Perata is actually more like Dellums than Quan is. Maybe not ideologically but I think he'll be just as effective as Dellums was in his time as mayor. Plus is this the type of mayor you want leading your city?
Older Newer