Fox and Paramount Theaters in Oakland

I go to a few concerts every year. Let me re-phrase that. I get dragged to a few concerts every year by my wife. Though I'm not against live music, my wife is the far bigger fan and I'm happy to accompany her. We recently saw The Shins at the Fox Theater in downtown Oakland. I have to admit, the two old-time venues in Oakland (The Fox and The Paramount) both look pretty darn good after their restoration. Specifically, the uniqueness and historic feel to both theaters is a win for the city. Almost every performer I've seen at either of these places, goes out of their way to comment on how beautiful the interior is. I'm not saying places like The Independent or The Fillmore don't have their own charm and rich history but there's a certain blandness to the interior of those venues. Stepping into the Fox or Paramount is like taking a step back in time to when the Oakland nightlife was more vibrant. Let's hope their restorations echo into the surrounding areas and bring Oakland's downtown back to the good old days.

Pardon the poor photo qualities. The iPhone camera leaves much to be desired in low-light situations. 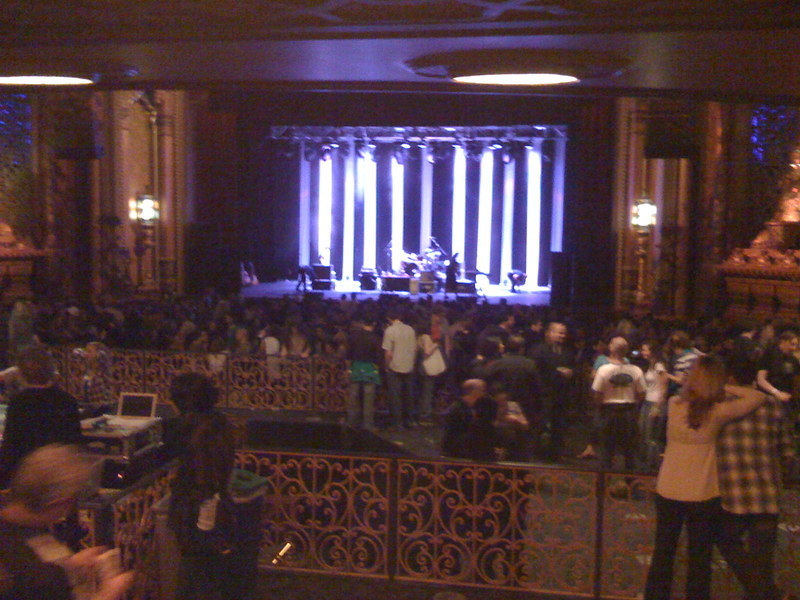