The Google OS - It's big news, but not really that big 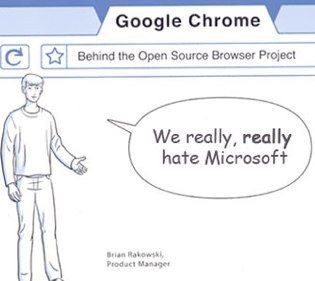 I picked this post up from TechCrunch and though it definitely is a major step forward, let's not make it more than what it really is. Google Chrome, in its proposed incarnation, will never replace Windows (or Mac OS) as a legitimate desktop OS; just like Linux never replaced Windows as a consumer desktop OS. The web has become a major APPLICATION that we all use on a daily basis but there are many other applications that we use that don't require us to connect online. And before anyone starts talking about ZOHO or Google Apps, has anyone really tried using any of these online office applications? Frankly, they're not that useful beyond the bare basics of what a spreadsheet or word processing application should do. Can they get better, of course. Just not today or in my opinion the foreseeable future (next 1-3 years).

But lest I seem like I am in Microsoft's corner, this is a significant announcement. The real point is not for Google to overtake Microsoft in the OS world. It just needs to make a dent and I think it will. Microsoft's empire is one based on total domination. If it ceased to own more than the roughly 90% of the OS market it does today, that will be a major hit to its bottom line. Microsoft is a bloated organization with lots of people making lots of money (roughly 91K+). If Google was able to either take 5%-10% market share OR force Microsoft to significantly lower the price of a Windows license, it could make things difficult for them. In the end, that's all Google is aiming for. Make life difficult for Microsoft in its core product (desktop) so it doesn't concentrate on Google's core product (web).