I'm watching the CNN and NBC coverage of the election and I'm amazed with the new huge touch screen interfaces. Very impressive and I can't help but think that this is the next wave in user interface designs kicked off by the iPhone. The two point pinch is in full effect! Also, if you're in Cali and you haven't voted, do so now! It's more than just the Presidential election (which is pretty much set already for Cali) - there are a few very important ballot initiatives that are definitely not yet decided. Regardless of which side you fall under, it's important to make your voice heard. The only wasted vote is one not made. 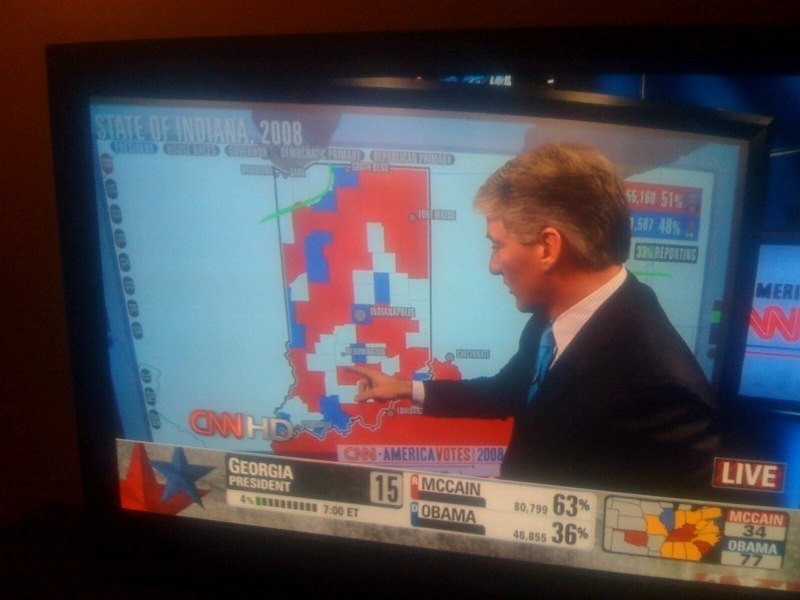 I'm having lunch at my local Vietnamese joint and I'm overhearing a political discussion (in Vietnamese) regarding McCain and Obama. One guy is saying that he's voting for Obama because he thinks Republicans have messed up the last 8 years and he wants a Democrat to be in office. The other guy basically agrees with him that the nation has been screwed up but said he would vote for McCain because he didn't "trust" a black person. I have to say I'm pretty ashamed that a Vietnamese person would rather vote for a candidate who publicly used a racist slur to describe Vietnamese people than someone who was black. How fuckin' stupid are you? If you won't vote for Obama because you're a registered Republican or you think he'll raise your taxes or you don't think he has enough foreign policy experience, that's cool. Those are valid reasons. But to base your decision on someone based on race is just ignorant. To be fair, McCain did apologize and tried to justify the use of the slur by saying it only applied to his captors. But as I've said to many a person before, once you have reached the level of hatred for a group of people to actual use a racial slur to describe them, it's not easy to distinguish individuals. You can't say, "I hate [insert racial slur], but not all [ethnic group] people. Just those who wronged me." Why not just say, "I hate the people who wronged me"? And so I don't sound hypocritical, I'm not voting for McCain because of the racial slur. I don't agree with his tax policy, "my way or else" foreign policy, and his poor choice in running mate.
Older Newer