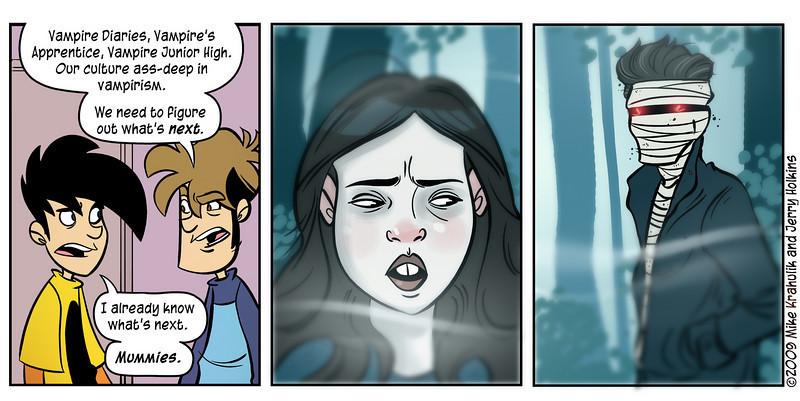 Couldn't agree more. When did the modern (2000 and on) vampire fascination begin? Probably when the sexiest woman alive put on a tight leather body suit...

A few articles came out today re: why teens don't use Twitter. You can read the articles for yourself and I think they raise some valid points. Most of the folks I follow (and who follow me) on Twitter are people of my age group or older. I only have a handful of people in their teens or early 20's category who I follow and vice versa - all of which are family. My own humble opinion on why teens don't use Twitter? They just don't have the bandwidth (mental not data) to deal with yet another social network. Facebook (and before them MySpace) came on the scene before Twitter and people jumped in and love it. I know people who spend hours a day on Facebook. Adding another social networking site that somewhat does the same thing is just extraneous.

Now, for the second part regarding why I think I'm the worst customer for Facebook. I post to Facebook often via Posterous. That means I'm posting updates, pictures, videos, etc. However, I rarely actually go to Facebook (about once a month, maybe). All that media takes up space and when people view it, that takes up bandwidth. But I've never clicked on a Facebook ad once and it's probably looking like I won't any time soon. I don't "interact" with the service in a way that might derive revenue for them. Who knows, maybe they've baked people like me into their model but I'm sure they would prefer it if I was spending more time on the site itself.