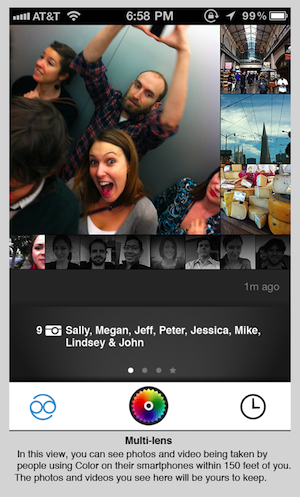 Lots of backlash regarding the news that Color got a $41M funding for a pre-launch product in a very crowded space. I am somewhat biased in that two of the founders are Vietnamese and I always root for my peeps. The app itself is slick and well put together. Actual true utility won't come until there is mass adoption which will take time (hence the 41M bones). And don't hate because they were able to get $41M. If nothing, that's a testament to how great a team they have that a bunch of VCs would give them that much money with ZERO adoption. Let's judge them in 3 months, 6 months, a year from now. If they still don't have the adoption then let the hate rain down.