Definitely a sad day for Oakland but this needed to be done. As a Warrior's fan this move was needed to boost the visibility of the team and attract much needed corporate sponsorship. Much has been written about how the move will change the culture of the fan base which is considered among the most loyal fans in the NBA. The Giants went through a similar culture shift when they moved from Candlestick to PacBell/SBC/AT&T Park. My hope is that management works to keep these loyal fans by not raising ticket prices so that only the wealthier and less committed fans go (or not go) to games. But winning will always be the best deodorant. Once we start seeing the W's consistently making the playoffs and at some point becoming a contender, all of the initial shocks of leaving Oakland will be moot.

Opening Day for the Giants ... Much optimism but more doubt

Cain and the Giants agreed Monday to a $127.5 million, six-year contract, the largest deal for a right-handed pitcher in baseball history.

It's that time of year again. The baseball season is underway (actually it's been underway). The Giants made some big splashes in the off-season, most notably the above mentioned extension on Matt Cain. I'm not sure if we are in a pitcher salary bubble but $21.25M a year for a guy who never won more than 14 games or struck out more than 186 a year seems a little much. Giants fans should rightfully have Zito nightmares over this signing. At least Zito had a Cy Young under his belt and a season or two of dominance on his resume. Does it make sense for Cain to be paid more than Roy Halladay ($20M a year)? For this contract to make any sense, Cain has to pitch like a #1 and he's had many years to prove he can and just hasn't. Some will argue that he doesn't get much run support and that's a valid point. But does anyone think the Giants are magically going to start bumping up the offense? Angel Pagan and Melky Cabrera won't scare many opposing pitchers.

And let's not forget that Lincecum's contract is up in two years and he'll want more than Cain given his resume. Can you afford to pay him the $25M+ a year he'll most likely want? I'm hoping for the best this year but have more doubts than ever. 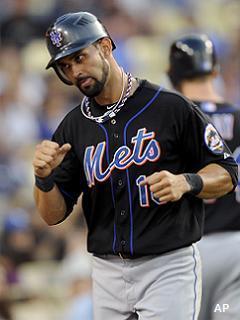 This one's kind of a head scratcher. I don't mind Pagan for Torres since they're both very similar (maybe Pagan is slightly better?). However, throwing in Ramon Ramirez seems like too much. One of the anchors in the great Giants bullpen, Ramirez even filled in for Brian Wilson as the closer on occasion. I just hope Sabean knows something we don't know because it looks like Pagan is your 4th or 5th outfielder, at best.

Royals send OF Cabrera to Giants for LHP Sanchez

Would have rather seen Zito go but that's plain crazy. Still, Sanchez was slowly losing favor among the Giants fan base with injuries and erratic performances. Not sure how much Cabrera has left in the tank but the Giants can use any bats to improve their last place offense. Assuming, the Giants lose Beltran, this would at least allow their line-up to remain somewhat level. Not sure what it means for Cody Ross but he has been up and down this year as well.

Chris Jones on Barry Zito and "the end"

He had a reputation for strangeness as well as for a curveball that defied description. It was this perfect, beautiful, singular thing, and people who saw it sometimes fell in love with it and the man who threw it. I was one of those people.

This is a great and very eloquent article re: Barry Zito. Over the years I've moved from being angry at Zito (for his huge contract with little to show for it) to just feeling sorry for the guy. Of course, the Giants winning the World Series despite Barry helps but he is truly a tragic figure. If he was a guy who was just in it for the money, I would have less sympathy for him but I genuinely feel that his lack of performance weighs heavily each and every time he pitches a bad game. Maybe he can be moved to another team where the expectations won't be as high and he can restart his career. However, I think he'll play out his contract and just slip into the sunset.